Did not book Milford / Kepler / Routeburn? You can be the first to book once others cancel
Routeburn track route description
When I first read that Lonely planet has chosen Routeburn trek as one of the best 10 treks in the world, I knew that I must walk and see it when I will be in New Zealand. Lonely planet was right, it was indeed one of the most beautiful treks I have ever walked!

While the demand for the Routeburn track is not as high as for the Milford track, it is not less amazing and you still have to book the trek at least one month in advance or use NZtracker tool.

The 32 km trail links between the two most beautiful national parks in New Zealand, Fiordland and Mount Aspiring. You will pass through mountain peaks, huge valleys, amazing waterfalls and pristine lakes. You can start the track from either side: Routeburn Shelter (near Glenorchy, 1.5 hours from Queenstown) or The Divide (closer to Te Anau).

The cons of Routeburn that it is not a loop track. Its one side in near Glenorchy and the other near Milford sound and it takes approximately 4 hours by car from one point to the other.
Please note, (at the time of writing this article) there is no public transportation from Queenstown to the beginning of the Routeburn track near Glenorchy. So after leaving your car at the start point, you have several options getting back to it after you have finished the track:

Day 1: Routeburn Shelter to Routeburn Falls Hut, 8.8km
The first part(1.5 hours) is an easy walk through the bush. After passing Routeburn Flats Hut the track becomes harder as there is a gradual climb up to Routeburn Falls Hut. On the way there we passed some beautiful views of the Humbolts Mountain Range. We arrived to the hut around 16:00. The view from the hut was stunning! There were already some people at the hut so we went to reserve a bunk. The hut was well equipped with gas cookers, flash toilets and wood-burning stove. We met some other hikers from Australia, Germany and Israel and had a really good time together! We played some social games. As usual, since we do not like carrying extra weigh, we brought some pasta with soup, while others brought huge meals ( I guess there are some better ocasions for a fancy-meals, but hta's just my opinion...) We went to bed around 22:00 so that we could wake up early thhe next day. 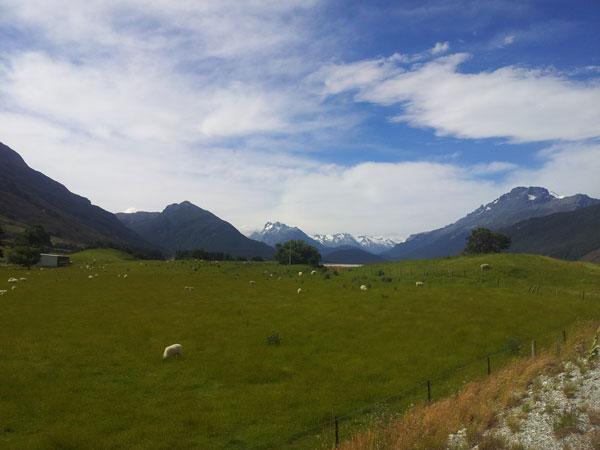 Day2: Routeburn Falls Hut to Lake McKenzie Hut, 11.3km
Some of the hikers we met on the previous evening have walked the track in the opposite direction. They have told us that the second day is absolutely stunning! We woken up full with enthusiasm and after breakfast have started our walk around 9:00.

It was a little bit foggy when we started the track but luckily after a steady climb up to Lake Harris weather has changed and it became clear and sunny. After two hours of climbing we reached the highest point of the track - Harris Saddle (1,255 meters). This is the area where you exit Mt. Aspiring National park and enter Fiordland National Park.

The views on Lake Harris and Hollyford Valley were just stunning, as if it was nit real...! After a short break of 20 minutes we continued to Lake Mckenzie Hut. The way down went through beautiful beech forest that looked as if it was taken from Lord of the rings scenery. We have reached Lake Mackenzie Hutt in the late afternoon. It had a big common area and a second floor with 50 bunk beds and it was also well equipped. After a short rest, we took a little walk around the McKenzie Lake which was a beautiful place to end the second day.

Day 3: Lake McKenzie Hut to The Divide, 12km
We started the track with 3 travelers from England that we met last evening. We had a really nice chat in our way to the magnificent Earland Falls (174m). It was hard to take pictures of the falls since the water sprayed harshly in all directions. The track continued its gradual descent to Lake Howden Hut. This was a stunning place and we have decided to take ab reak for lunch. 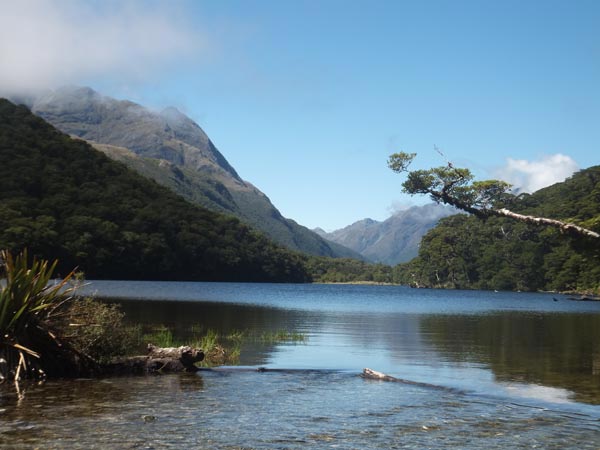 After lunch we decided that we want to do the side trip to Key Summit. It’s an easy climb that takes approximately 1.5 hours up and down. We saw panoramic views over the Humboldt and Darran Mountains and Lake Marian (and we highly advice to walk to Lake marian on a separate track). The last part of the walk took us through beautiful forest to the Divide where there is a shelter and a car park. 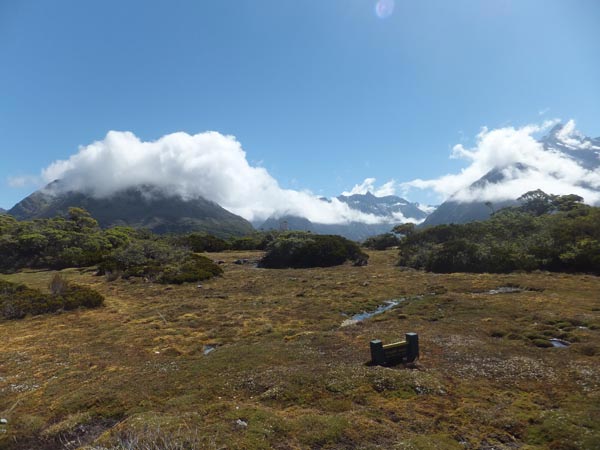